It has been a decade since Ao, god of gods, destroyed the Tablet of Fate,the tablet that held the domains of the Gods, sending Toril into chaos. The Gods of Fauren are now gone. Without the gods the structure of magic is out of balance most spells fail or produce unreliable results. This also affected the landscape, making the ground rumble and heave up and down like the surface of the sea. Curtains of blue flame swept the landscape, reshaping the land by cutting crevasses or lifting and sculpting the plain into hills and ridges. 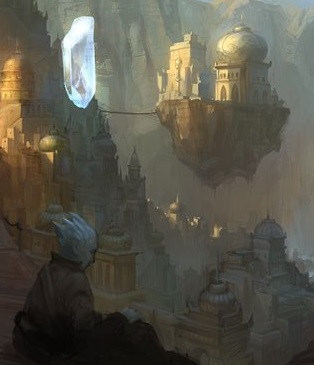 Shards of earth wrenched themselves free and became earthmotes, pieces of land that float above the earth. Waves of azure fires appeared everywhere, killing whatever they touched. Rifts opened in the Underdark beneath the Sea of Fallen Stars, causing the level of water to drop, cutting many ports off from their livelihood. Political upheaval across the land that resulted in many attempted coups, invasions, and uprisings. Especially against governments and nations that had relied heavily on arcane magic for defense or controlling their population. The region surrounding the Great Rift collapsed into the Underdark, creating an enormous cataract in the earth called the Underchasm. Bits of what used to be the Underdark began to float above the Underchasm as earthmotes.

After several years of turmoil, elemental evils long sense gone appeared all over Faeron. Some joining forces with evil tyrants who use the ancient power to wage war to gain land and shackle its people, others destroy and rampage. 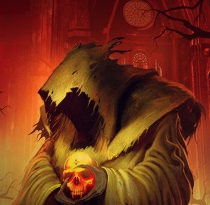 Now most of the lands are ruled by the strongest tyrant, who declared himself emperor. With the elemental force at his side Faeron has been plunged into even darker despair.

Many wonder what happened to the Gods? Will they ever return? One knows the truth, a once thought dead legend, seeks out the fallen to help them regain the power they lost and bring balance back to Faeron.

I'm sorry, but we no longer support this web browser. Please upgrade your browser or install Chrome or Firefox to enjoy the full functionality of this site.